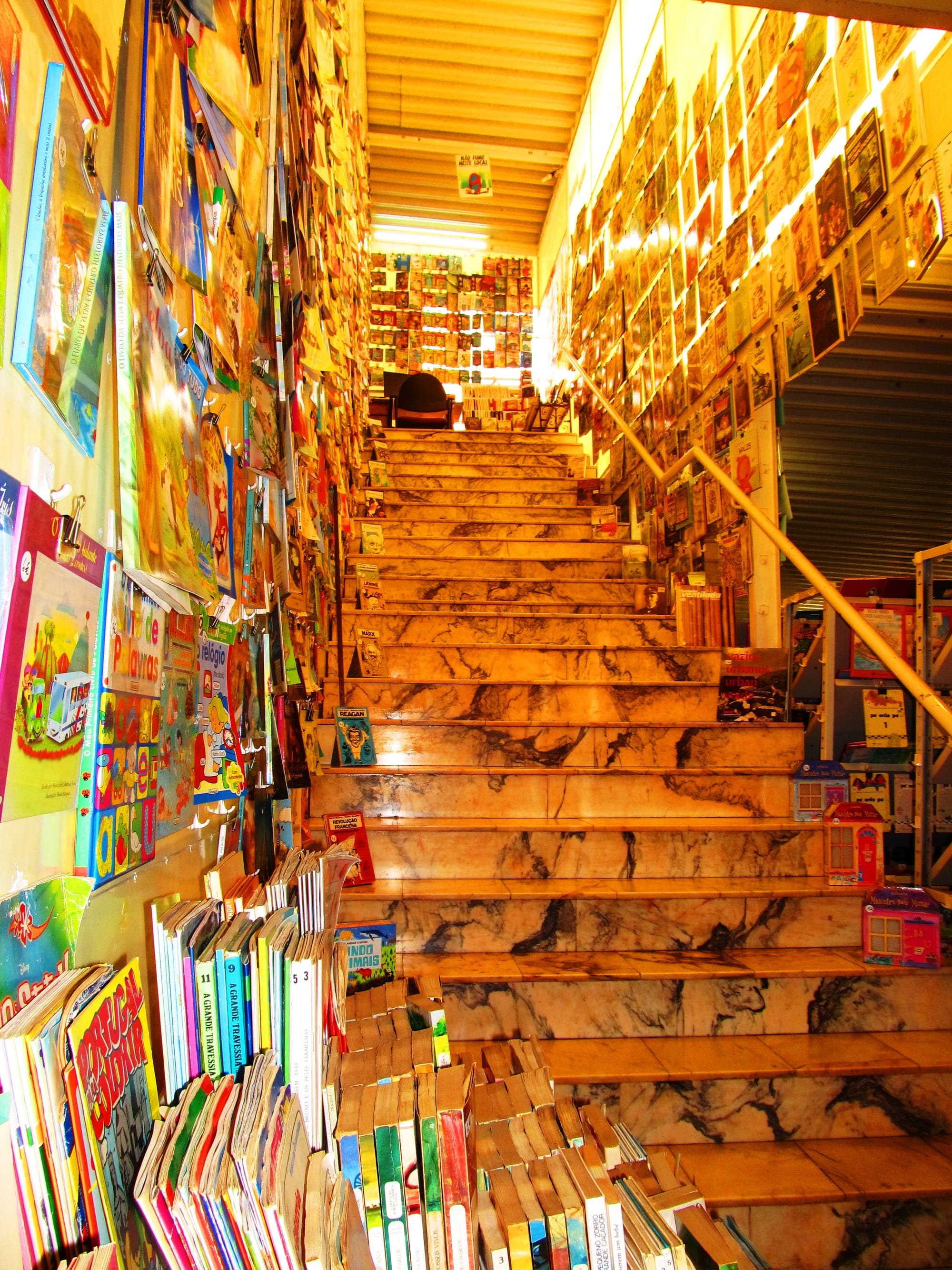 When I was first planning the Free Walking Tours Funchal I was sure that Livraria Esperança had to be part of the route as it is an amazing gem in the city, unknown for most our visitors (and even locals!).

Livraria Esperança was founded in 1886 by Mister Jacintho Figueira de Sousa. It was the very first establishment on the island to sell exclusively books. Before the opening of the book store, people would buy their books in grocery stores.

Throughout the decades, they moved their location a few times.

This Palace, from the late 15th century, is an historical place. It has housed Jesuit Missionaries that came to the island for preparation and rest before going to other continents to found schools and churches, it housed English Soldiers during the French Invasions in Europe and now-a-days houses one of the biggest book stores in Europe.

On the first floor of the building, they have one of the deepest wells in town and on the second floor, there’s a ceiling with a beautiful golden outline. That was the ballroom of the Palace!

Livraria Esperança covers all the four floors of this palace, with its books, all separated by genre. Now-a-days, they have about 107.000 books, all exposed by the cover!!

Since they opened in 1886, they believe that exposing the book by the cover is the best way to sell a book, and a lot of people agree with that, including a Free Walking Tours Funchal guest, that designs book covers!!

Livraria Esperança only has one copy of most books, which they will reorder as soon as they sell the last copy. They also have (or try to have) every book published in Portugal and writen by Portuguese Authors!

Most of the books, as you can imagine, are in Portuguese, but they still have a section with books in English. By the cashier, they also have a few guide books (in English, German, French, Spanish, Finnish…) and some good maps.

Livraria Esperança has a very special place in my heart. I was 14 when I visited it for the first time and I was so amazed! That’s basically when my Book Passion started. For me, is a Zen Spot in town. When I go there by myself, I can spend hours roaming around the corridors, seeing the books and trying my best to not buy a huge pile of them!

Let the Free Walking Tours Funchal show you this gem! We are very proud of it!!