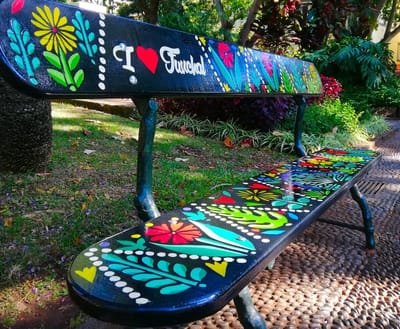 Funchal is the Capital of the Archipelago of Madeira, the first place the Portuguese settled overseas in the 15th Century, in the Age of Discoveries.
Soon, Funchal became a very important harbor in the Atlantic, as many ships stopped over to get supplies.
​It was in Madeira that the mass production of sugar started. Madeira supplied sugar to Europe in the 15th and 16th Centuries. The sugar trades brought a lot of wealth to the Island, which attracted many foreigners.
​Christopher Colombus was in Madeira for the first time in 1478 due to a sugar trade and then lived on the Archipelago for about 2 years, as he married a local lady.
​With the decline of the sugar trades in Madeira, the Wine industry took over. The fortified Madeira Wine is known worldwide and, according to Thomas Jefferson, it is the wine of every civilized man!
​Funchal is also the hometown of the Football superstar Cristiano Ronaldo!
Want to know more?
Join our tours! Book now!